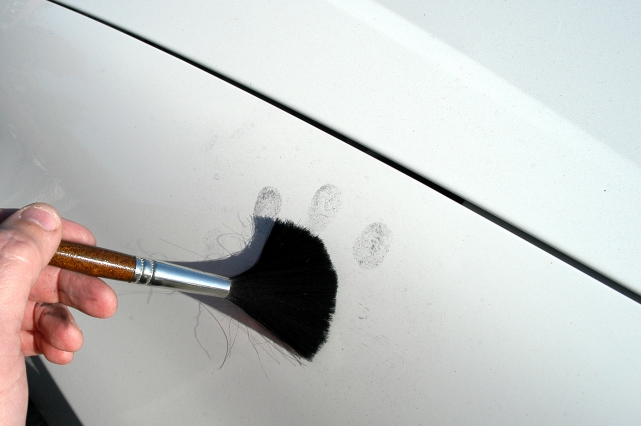 I also discussed the growing trend in this area that is seeing governments increasingly take steps to ‘harden’ these existing standards. For example, by attaching consequences to NCP statements – such as the withdrawal of trade advocacy support to companies in Canada, and recently also in Germany.

This shift is also highlighted in legislative developments. Notably, the game-changing new French Duty of Vigilance Law mandating due diligence on human rights and other issues such as environmental impacts.

In addition, there are now human rights reporting requirements in the California Transparency in Supply Chains Act and subsequent UK Modern Slavery Act. Similar efforts are under way in Switzerland and Australia.

There is a split between the believers in the effectiveness of international non-binding guidelines, and the non-believers who feel mandatory approaches are necessary.

All of this entails a split between the believers and the non-believers.

Believers in what? Believers in the effectiveness of international non-binding guidelines, which establish standards of behaviour combined with an expectation of effective implementation and self-regulation by business. Non-believers, on the other hand, feel mandatory approaches are necessary to effectively ensure responsible business conduct by all companies targeted.

From soft to hard law – a leap of faith?

To jump from ‘soft’ to ‘hard’ approaches in this field now requires a leap of faith.

The underlying assumption is that voluntary implementation of responsible business standards, such as the OECD Guidelines for Multinational Enterprises and the UN Guiding Principles on Business and Human Rights, does not work well enough on its own to achieve widespread adherence by businesses. That regulation is needed to ensure implementation.

But do we really know that mandating or regulating such standards is truly more effective? The answer is we do not.

Businesses tend to oppose any binding regulation, contending for example that they already have responsible supply chains. This is illustrated by the recent Economist Intelligence Unit’s ‘No more Excuses’ study in which only 2% of business executives responded that their supply chains were not responsible. Why the need for new law, these voices ask, when companies already implement supply chain due diligence?

Supporters of regulation contend that if companies are really compliant as they say, giving these standards legal force would not hurt them.

In contrast, civil society – by and large the ‘non-believers’ – tends to think the opposite. That businesses are often complacent and not sufficiently implementing adequate due diligence as set out in existing international standards. Supporters of regulation contend that if companies are really compliant as they say, giving these standards legal force would not hurt them.

Who is right? To be frank: we have no clue.

All legislative developments and other initiatives – whether on human rights due diligence, child labour due diligence, modern slavery, a potential binding international treaty on business and human rights – have one thing in common: a lack of evidence-based policy making.

All legislative developments and other initiatives have one thing in common: a lack of evidence-based policy making.

Essential questions should be answered before considering the development of new binding regulations or a treaty.

A key question of course is:

We have no answers to these simple questions – absolutely nothing.

The Corporate Human Rights Benchmark gives only a tiny glimpse of some of the answers. Except for some anecdotal evidence, no comprehensive aggregate data exists to assess the current state of play – let alone information on the impact of implementation of international standards on the ground (or the lack thereof).

In other words, policy-wise, we are driving blindfolded.

The OECD Guidelines for Responsible Business Conduct represent the ‘firm government expectation of business behaviour’, and incorporate a legally binding commitment for governments to promote these Guidelines.

Governments can only manage this commitment well if they start measuring their effectiveness.

Before taking further regulatory steps, governments would be wise to start monitoring the awareness and uptake of their existing responsible business standards. Knowing the facts would go a long way in assessing actual needs and benefits and building consensus for policies and regulations in this field.

Governments would be wise to start monitoring the awareness and uptake of their existing responsible business standards.

The German National Action Plan on Business and Human Rights, released in December 2016, presents an intriguing compromise. Why?

Because it states that if more than 50% of all German-based companies with over 500 employees have not taken credible action to integrate human rights due diligence in their operations by 2020, the Government will examine further steps, including legislative measures. A noteworthy bridge between believers and non-believers, resulting in a commitment to start building an evidence base for policy.

A reasonable approach could be to start monitoring due diligence in general on a high level and to carry out in-depth assessments in high risk sectors, for which many OECD due diligence guidance instruments already exist. This means, for example, monitoring the uptake of due diligence standards in the minerals and garment sector supply chains.

Taking this route would remove policy makers’ blindfolds on the effectiveness of corporate responsibility and business & human rights standards worldwide.

Knowing the facts would go a long way in assessing actual needs and benefits and building consensus for policies and regulations.